Call Our Personal Injury Law Office for a Free Consultation 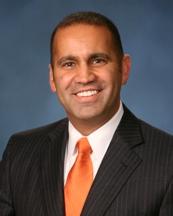 Selected as an Indiana Super Lawyer in the area of Plaintiff Personal Injury, Steve Crell has aggressively represented clients for over 28 years in all areas of litigation, focusing on personal injuries and wrongful death involving auto and truck accidents, motorcycle accidents, animal and dog bites, premises liability and nursing home negligence/abuse.

Steve is a Life Member of the Million Dollar Advocates Forum. Membership in this exclusive group is limited to attorneys who have won at least one verdict or settlement of $1 Million or more. Less than 1% of attorneys in the United States are members. The forum recognizes attorneys with the ability to accomplish superior results in complex cases.

Steve completed the requisite training and met the qualifications to mediate disputes. He is now registered with the Indiana courts as a Registered Civil Mediator. Steve has been an innovator in the use of pre-trial and even pre-lawsuit mediation to assist clients in achieving settlements and avoiding controversies and the associated expense and stress that often accompany the protracted litigation of such disputes. When a settlement is not possible, Steve has the jury trial, court trial and arbitration experience in Federal and state courts to competently, professionally and aggressively assert, protect and defend the claims of his clients.

Mr. Crell received his B.S. degree in Accounting from Ball State University in 1985 and his Doctor of Jurisprudence degree from Indiana University School of Law-Indianapolis in 1988, where he was a recipient of the Francis J. Feeney, Jr. tax award for academic excellence in taxation.

Steve has lectured and taught classes on navigating the superior and small claims courts, and on managed health care and other business-related topics. He is the Past-President and member of the Board of Directors of Congregation Beth-El Zedeck and Past-President and a member of the Board of Directors of Hooverwood Nursing Home, a non-profit, state of the art comprehensive nursing and rehabilitation center that specializes in the care of Alzheimer’s residents. He formerly served on the board of directors of the Indiana Cancer Research Foundation.

For A FREE Consultation

There is no financial risk to you